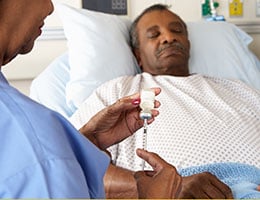 Statistics are staggering; they reveal that ADEs lead to 700,000 ED visits, 100,000 hospitalizations, and between 7,000 and 9,000 deaths every year in the U.S. Even within the “safe” confines of hospital care, about 5% of hospitalized patients experience an ADE.

Opioid analgesic use in the hospital setting is usually safe, but it is also associated with serious ADEs. In this issue, we present a case of an adverse drug event that illustrates many of the features known to contribute to opioid-related ADEs in the hospital. Whether this ADE was preventable, treatable or unavoidable – you be the judge!

Mr. B is a 69-year-old man who underwent a total knee replacement. During surgery he received meperidine 25 mg, propofol, fentanyl, midazolam and general anesthetic. While in the post-anesthesia care unit (PACU), he received IV meperidine 12.5 mg and hydromorphone 2 mg, and was started on a morphine PCA pump. Five hours after he was transferred from the PACU to the floor, the nurse found him unresponsive with a pulse oximetry of 56%.

During those 5 hours, he received 20 mg morphine via the PCA pump. The nurse stopped the PCA pump and notified

several physicians; the ED physician responded. The physician drew ABGs and intubated the patient after Ambu-bagging. ABG results showed pH 6.96, PCO2 104, PO2 39, bicarb 20, and O2 sat 52%. The physician ordered IV naloxone 35 minutes after Mr. B was found unresponsive, applied a cardiac monitor, and transferred the patient to ICU. Mr. B’s hypoxemia was corrected, and his mental status greatly improved over the next few days.

The attending physician concluded that Mr. B had suffered respiratory depression secondary to the multiple opioid medications, resulting in severe respiratory acidosis, hypoxemia and depressed level of consciousness.

Let’s look at three significant issues in this case.

First, after several days into Mr. B’s hospital stay recovering from this event, it was noted that he had neurologic deficits, including poor coordination and a facial droop. The head CT showed cerebellar and parietal edema attributed to acute infarcts secondary to either emboli or sudden hypotension. It was eventually determined that the stroke affected his vision, motor function and coordination.

It could be debated whether Mr. B was over-medicated with opioid analgesics following surgery, but a review of the case concluded that it did not appear the doses of narcotics (meperidine, hydromorphone, fentanyl, morphine) were excessive over the timeframe they were administered.

Despite the conclusion that the doses ordered and administered were not inappropriate, it was felt that the medications were the direct cause for Mr. B’s respiratory depression, unresponsiveness, acute respiratory acidosis, and hypoxemia. 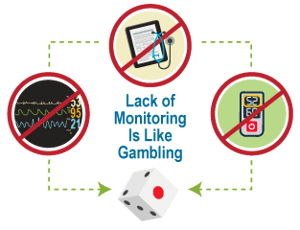 A second issue is the adequacy of patient monitoring that occurred during the postoperative period when Mr. B received the narcotic medication.

It was noted that the oxygen saturation was measured very frequently while he was in the PACU, and it was always 96% or greater. However, cardiac monitoring and O2 saturation monitoring were not continued after transfer to the medical floor until after Mr. B was found unresponsive.

The lack of cardiac, oximetry and clinical monitoring of inpatients receiving opioids is tantamount to gambling – hoping things turn out well but doing little or nothing to ensure a safe and positive patient outcome. This is especially true for patients with identifiable risk factors for respiratory depression and those receiving ongoing doses of parental opioid analgesics.

The Need for Speed

A third issue was the timeliness and appropriateness of the resuscitative interventions once Mr. B was found unresponsive. Although the PCA pump was discontinued right away, consider the timing of the actions taken: 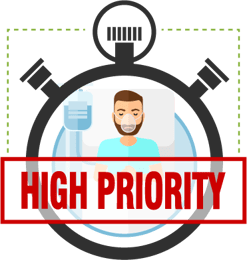 When faced with an unresponsive patient on a narcotic infusion pump and with oxygen saturations severely low at 56%, the immediate responses should include the following interventions:

Opioid medications have been identified as an important cause of inpatient ADEs. The Joint Commission has published papers and alerts warning that “opioid analgesics may be associated with adverse effects, the most serious effect being respiratory depression, which is generally preceded by sedation.” It has been reported that about 0.5% of post-operative patients experience respiratory depression.

A 2012 Sentinel Event Alert from The Joint Commission listed inadequate monitoring of patients on opioids as one of several causes for ADEs. This Alert noted that 47% of sentinel events involving opioid-related ADEs from 2004-2011 were wrong-dose medication errors, 29% were related to improper monitoring of the patient, and 11% were related to other factors such as excessive dosing and medication interactions.

More than the “5 Rights” 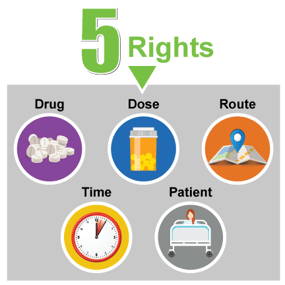 On the prevention side of ADEs, hospitals surely need to execute strategies to ensure that the well-known “5 Rights” of medication administration are followed: right patient, right drug, right dose, right route and right time. However, as seen in the case of Mr. B, the 5 Rights are not enough!

Especially with opioid medication, the care team should have policies and procedures in place that address not only the appropriate patient monitoring and assessments to detect respiratory depression and other ADEs, but also the resuscitative response to the most dangerous ADEs that can occur.

The transition from a higher level of care (PACU or ICU) to a lower acuity unit (med-surg floor) represents a vulnerable gap in patient care where ADEs are more likely to occur, as seen in this case.

When added to other measures already in place, simple drills that teach and assess staff preparedness for respiratory depression, hypotension and anaphylaxis are an essential component of a patient safety program to prevent and manage ADEs – especially those related to opioid-related events and transitions of care in the inpatient setting.