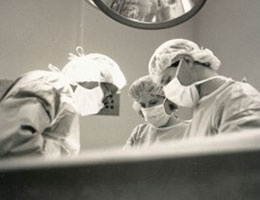 What is a batch medical incident or batch claim and why read a course on this subject?

Batch medical incident is a term coined by the insurance industry to recognize and manage a certain type of legal claim.

But the concept of the batch incident or batch event is incredibly important for all health practitioners and medical system leadership, and it is not often addressed in patient safety and risk reduction education. This is an overwhelmingly important patient safety area. 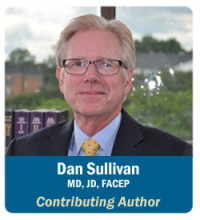 Dr. Christian Schlicht, an anesthesiologist and pain management specialist, is accused of using fraudulent credentials to operate on patients at Gerald Champion Regional Medical Center in Alamogordo, New Mexico, even though he wasn't a surgeon. He injected Plexiglas-like cement into patients' spines in a procedure that turned out to be neither safe nor effective.

Dr. Frank Bryant, the only other physician performing spine surgeries at the hospital, said that Schlicht had told him in late 2008 that some of Schlicht's neurosurgery training was falsified. Bryant, who was a defendant in the lawsuits along with Schlicht, said during his deposition that he thought Schlicht was a legitimate neurosurgeon, but now says he was misled.

When an operating room nurse at the hospital reported to a supervisor that Schlicht's back surgeries had gone too far, another doctor said that the nurse told him that she was instructed "to leave things the way they are." And after a health insurance company balked at paying for his procedures and questioned his qualifications, records show officials at the hospital took Schlicht's side and threatened to sue the insurer.

Two years later, former patients began to file lawsuits contending the spinal procedures left them with debilitating injury and pain. Court records allege that some have partial paralysis and others have lost bladder and bowel functions.

Former patients alleged in lawsuits that they were injured when a Plexiglas-like cement was used in spinal procedures that was supposed to act as a cushion in the disk space and relieve spinal pain had seeped into other areas of the spine before it hardened or hardened and later cracked into pieces. The patient claims, which grew to about 80 over the year, forced the hospital to seek bankruptcy court protection. A partial settlement in the litigation has now been reached totaling more than $33 million.

There is the obvious problem with credentialing here, which if done properly, may have avoided the entire catastrophe. Dr. Schlicht was an anesthesiologist, but apparently presented some neurosurgical credentials and was allowed to operate. The exact mechanism by which Dr. Schlicht falsified his credentials is not apparent based on available reports. Obviously a high level of scrutiny is critical, particularly when credentialing high-risk specialties.

There is also the code of silence issue. A nurse actually reported up the chain of authority and was told to not rock the boat. It is alleged that the hospital leadership was aware of the issues, but allowed the procedures to continue because they created a significant revenue flow for the hospital. Once again, a reporting system with someone listening and a hospital commitment to respond would have gone a long way to mitigate patient injury and other damages.

Hospitals and healthcare organizations generally follow the standards laid out by The Joint Commission and/or other industry standards when credentialing physicians who wish to practice in their facilities. However, checking medical licenses and verifying education and work history may not be enough. Organizations can take simple steps to reduce negligent credentialing, the risk to patient and staff safety, and the potential of damaging the brand by combining thorough credentialing programs with an in-depth healthcare background screening program.