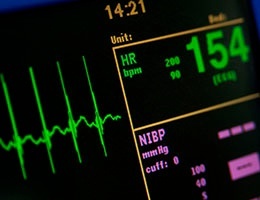 The majority of malpractice suits in acute care and emergency medicine involve patients who were discharged home.

These patients experienced an unexpected adverse outcome after they left the ED such as worsening of their illness or even death.

For many of these patients, the “bad outcome” could not have been foreseen — the workup was appropriate, the diagnosis and treatment were correct, and the patient was stable for discharge.

A number of discharged patients, however, might have been misdiagnosed and had red flags present at the time of discharge that were either ignored or not recognized.

In some of these patients with adverse outcomes, preventable hospital discharge medical errors existed.

A 37-year-old woman presented to the ED with a cough, chest discomfort, and mild dyspnea. She was a smoker but had no medical illnesses. Her only medication was oral contraceptives.

The next day she became increasingly short of breath and called 911. After EMS arrival, she suffered cardiac arrest and could not be resuscitated.

The autopsy showed multiple pulmonary emboli as the cause of death. A malpractice suit was filed and resulted in a six-figure settlement.

Among the many allegations, the most difficult to defend was the allegation that the patient’s tachycardia (pulse of 127) was an important sign of pulmonary embolus that was ignored by the emergency physician.

Despite the very abnormal pulse rate, the vital signs were not repeated prior to discharge.

Patients with Very Abnormal Vital Signs: Are You Sending Them Home?

In a 2006 national sample of 66,000 ED patients with very abnormal vital signs, the emergency practitioner failed to document a vital sign recheck in 15% of these patients before discharge!

Many of these patients probably did just fine; but some, like the 37-year-old woman in this case, died soon after discharge.

Risk Factors for Death after Discharge from the ED

Another study from 2007 found that 30 deaths occurred within 7 days of discharge per 100,000 ED visits that were discharged to home.

In this group of patients who died, the study showed that 30% might have been due to a medical error.

The authors identified four themes or possible explanations that emerged from their analysis of the unexpected death cases with possible medical errors:

Is Tachycardia a Big Deal?

The overwhelming answer to this question is a resounding YES.

Reviews of hundreds of malpractice cases have shown that tachycardia, particularly when unexplained, is a huge risk factor for adverse outcomes in patients who are discharged from the acute care setting.

The wise clinician will not blame a pulse rate of >110 on fever, anxiety, mild dehydration, or other benign condition, particularly when the patient remains tachycardic after initial treatment.

Tachycardic patients who are sent home may have a serious infection such as sepsis; occult bleeding; volume depletion; or cardiopulmonary catastrophe such as pulmonary embolus.

The Bottom Line: 7 Tips to Avoid Errors at the Time of Discharge

On any given day, clinicians and nurses see so many patients and so many vital signs that they can become numb to abnormal values and blind to their importance in patient care.

If you remember any one thing, remember to repeat and explain the very abnormal vital signs.