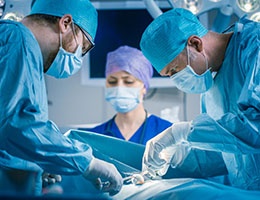 Among physicians, surgeons are at increased medico-legal risk compared to non-surgeons; they also have more medical malpractice claims and claims paid per year. Jena et al.1 found that the probability of facing a claim varied from 15.3% in general surgery to only 5.2% in family general practice. In a recent review of National Practitioner Data Bank (NPDB) records, Schaffer et al.2 noted that the number of paid claims per 1,000 physician years was 30.0 for general surgeons and only 7.1 for internal medicine. Although there are a number of factors responsible for this wide variation, the correlation between the physician-patient relationship and the risk of a medical malpractice suit is well established.

A recent study by Tibble et al.3 explored the incidence and classification of complaints about physicians, finding that surgeons attracted 2.3 times as many complaints as non-surgeon physicians. Although the thrust of the article remains valid and the implications are concerning, there are a few factors that modify the severity of the concern.

The study encompassed 5,885 “surgeons” and 8,303 “physicians,” including specialists in internal medicine. The characteristics of these two groups, however, differed meaningfully. First, the surgeons were significantly older than the physicians. Spittal et al.4 reviewed 13,849 formal complaints against 8,424 doctors and identified significant predictors of subsequent complaints. Doctors in the older age range (35-65 years) were more likely to have had a subsequent complaint than those in the younger age group (<35 years). In another study, Bismark et al.5 found that older physicians (>35 years) had a 30%-40% higher risk of recurrent complaints compared to younger physicians (< 35 years). It is possible that older physicians lack the communication and interpersonal skills of younger physicians, and it is testament to the importance of such skills that are increasingly being taught to medical students and residents.

Second, a greater percentage of surgeons (90%) were male compared to physicians (71%). Nicolai and Demmel6 observed that “numerous studies have demonstrated that females generally score high on measure of empathy” and that they are believed to be “interpersonally oriented, supportive, considerate, and responsive to other’s feelings, whereas men are believed to be factual and goal-directed.” Their study found that female physicians were perceived as more empathetic. In a study of internal medicine physicians, Peck7 found that both patient-centered interactions and surgical patient satisfaction were less common with male physicians.

Finally, the surgeons in the study by Tibble et al.3 were more often located in a regional/remote area, which may have impacted the incidence of complaints. Spittal et al.4 found a rural practice location to be more likely to predict risk of a subsequent complaint. 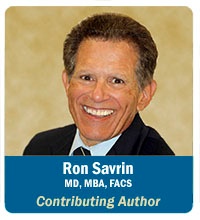 The most frequent performance concern, which was more common among surgeons, was with regard to “monitoring and follow-up,” a function often appropriately referred to the primary care physician. Many of my own patients were displeased that I would not manage their hypertension and/or diabetes after discharge postoperatively, but rather referred them back to their primary care physician for ongoing care with appropriate patient history. Although my decision to do so may have been met with patient dissatisfaction, I firmly believe that the decision was in their best interest.

Interestingly, the study combined complaints about fees and fraud into a single category, which was more common in the surgeon group. Since surgical fees are higher than primary care fees, this finding is not surprising and almost certainly reflects that differential rather than a modifiable surgeon trait. Importantly, patients may not be aware that surgical fees are usually “global fees” and encompass 90 days of postoperative care for most major procedures.

The problem of substance abuse is particularly concerning in any physician, particularly surgeons. Although the study found a higher incidence in the surgeon group, it is difficult to understand how patients would have objective knowledge of such an underlying problem, and it is unclear whether such allegations were ever confirmed and if they resulted in surgical safety issues or surgical errors. These complaints may be a manifestation of a poor physician-patient relationship rather than evidence-based allegations.

Complaints about physicians should always be taken seriously and are best used as a tool for identifying potential problems, directing corrective actions, reducing surgical errors and improving physician-patient relationships, thereby reducing medico-legal risks. This applies to all physicians, irrespective of any real or perceived differential occurrence among specialties.

6 Jennifer Nicolai and Ralf Demmel. The impact of gender stereotypes on the evaluation of general practitioners’ communication skills: An experimental study using transcripts of physician–patient encounters. Patient Education and Counseling. 69 (2007) 200–205.