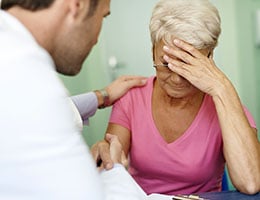 Apology laws have always been a quandary. I have repeatedly said they make docs feel more comfortable about apology but have little legal value. Most would assume apology laws reduce medial malpractice claims but a study by Stanford Law Review shows that this is not the case. In states with apology laws, non-surgeon physicians saw higher rates of medical malpractice lawsuits and dollars paid out. Defense lawyers should want to use the evidence created in a disclosure process if a case goes to trial.

Moreover, while apology laws have some public relations value (they popularize apology for medical errors), they are an inadequate substitute for disclosure and apology programs within individual hospitals, practices, nursing homes, and pools of insureds. This Stanford Law Review study simply reviewed apology on a state level and did not compare hospitals/practices with and without disclosure programs. Given the media attention this article received, it’s important to clarify what the study revealed. 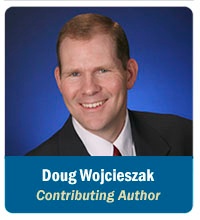 This study should steer people to disclosure and apology programs. In fact, the authors are careful to state that their study does not negate the data/findings of disclosure programs, which show a reduction in litigation and malpractice costs.

The authors go on to stress that doctors and other healthcare professionals need to be trained on having difficult conversations with patients and families, which is what happens in any good disclosure program.

Additionally, the study's authors highlight the importance of doing more than saying "sorry." Apology means more than words; you must fix the error and repair the damage caused by the error, financially and otherwise. This is what disclosure programs do.

If a physician just says "sorry" for an error and nothing more (which is what apology laws encourage), we shouldn't be surprised if litigation or other acts of revenge follow. On page 386 of their study, the authors state, "...simply being allowed to apologize is not enough to reduce malpractice risk." You must back up words with action that comes in the form of the support a disclosure program provides.

I still do worry that this study will be used as an excuse by opponents. Moreover, I disagree with the closing statements from the study that defense attorneys were right all along to discourage apologies.

First, the statement does not fully capture the reality that defense lawyers have too often discouraged all forms of post-event communication, which angers patients and families and increases the likelihood of litigation and other acts of revenge.

Second, apology has always been the right thing to do, so long as it is performed correctly. This is exactly what an effective disclosure program teaches.

Explore a Q&A with a Chief Risk Officer who successfully implemented an effective communications and resolution program. Read Here.

Regarding state laws, lawmakers should craft legislation that encourages the development of disclosure programs if they still want to encourage apologies. Oregon, Iowa, Massachusetts, and most recently Colorado have passed interesting and useful language.

Lawmakers could also expand the apology law concept to say a hospital, nursing home, or group of insureds would have their apologies kept out of court if they develop formal disclosure programs that meet certain criteria – including that the patient/family can be represented by counsel – and a system is in place to provide fair, upfront compensation for compensable claims. In general, the authors of the study concurred with this assessment.

Finally, this study illuminates why we need to reach some consensus on the word "apology."  The Stanford Law Review article treats "apology" as a catch-all – from empathy and sympathy to admission of fault. Many "apology laws" are guilty of the same crime. Much more education is needed here to differentiate between apology and empathy.