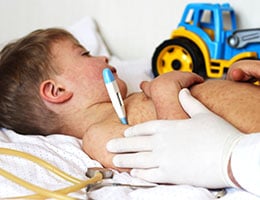 ACOG has issued a practice advisory regarding the recent measles outbreak.

It is hard to fathom that a disease once considered eradicated is now in a state of progression across the United States. To date, there are 764 reported cases across 23 states; this number has increased by 60 cases from the previous week as reported by the CDC. No state is immune, and nationwide advancement is probable. Spread has been attributed to non-vaccination in small sequestered areas in various states.Whether due to lack of education, misunderstanding, or desire for non-conformity, “non-vaxxers” are placing themselves as well as vulnerable populations at risk. Ninety-two to 95% of a community must be immune to prevent disease spread; those that opt out of vaccination cause this threshold to drop, thereby exposing others to substantial risk.

Healthcare professionals should understand and promote the safety practice of vaccinating newborns and children in order to protect them from this awful disease, which is causing deaths at increasing rates.

Measles (Rubeola) is nothing to scoff at. It is a highly contagious disease that manifests itself in the worst of ways. Initially, presentation may be high fever, red eyes, hacking cough, runny nose, sore throat, and eventually muscle aches and malaise. Koplik spots (small red spots with blue-white centers) inside the mouth are common in children before the external rash occurs. The well-recognized red, blotchy, slightly-raised external rash occurs three to five days after symptoms start; it starts on the face and neck and travels to the trunk, arms, and other areas.

Measles infects 9 out of every 10 susceptible individuals who have close-contact exposure to an infected person. It is spread when there is contact with body fluids or airborne droplets of an infected individual. Coughing and sneezing are primary sources of disease spread since contaminated airborne particles can remain virulent for up to two hours. The incubation period is 7-21 days; symptom reveal is typically 7-14 days after exposure. As the virus enters the throat, lymphatics and lungs, it rapidly multiplies; it has potential to infect the central nervous system, causing severe disease complications. Contamination and spread can occur 4 days prior to the rash manifests and 4 days after. 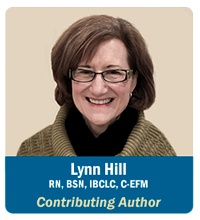 Populations vulnerable to measles include immunocompromised individuals, infants and young children, and the elderly. Unvaccinated individuals are at highest risk, especially under-vaccinated pregnant women. Pregnant women are at risk for both maternal and fetal compromise from the disease. Exposed pregnant patients should be deemed high-risk and watched closely. Potential adversities include miscarriage and still birth; low-birth weight infants and premature delivery are potential complications. Infants born during a maternal outbreak of active measles are at risk for congenital measles, which carries a high threat of infant mortality.

There are algorithms for guidance on how to care for pregnant patients who have been exposed to measles; they address women considering pregnancy, those who are pregnant, postpartum women and neonates. ACOG and the CDC support the algorithm’s use for care. Local health departments should have the algorithms available, and healthcare practitioners (HCPs) should follow them. Since measles is highly contagious and detrimental to both maternal and fetal status, it is important for HCPs to determine the MMR (measles, mumps, rubella) vaccination status of all their pregnant patients. Immediately investigate if there are any outstanding questions.

The following are important highlights as noted in the ACOG Advisory:

The preconception and prenatal periods are opportunities to engage women in conversations about the decision-making process regarding vaccinations. It is known that women start formulating their decision-making about vaccines in the prenatal period or earlier. The sooner healthcare professionals can provide women with vaccination education, the greater the likelihood is that they will make informed choices that will positively impact nationwide immunity with the hope that we can once again eradicate this horrible disease.