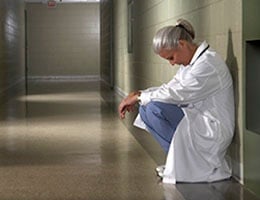 Ever since the Institute of Medicine’s report To Err is Human was released in 2000, healthcare has seen a surge in patient safety initiatives. Analysis of medical errors has become increasingly widespread, with several different methods being used by hospitals and practitioners. Of these methods, I suggest that cognitive error analysis may prove to be one of the most valuable in determining the real underlying reasons for medical errors that lead to unexpected adverse patient outcomes.

The true origin of an adverse patient outcome may never be discovered for the simple reason that one key question was neither asked nor answered – “What was the practitioner really thinking?” Very often the answer is there, hidden in the decision-making area of the brain where the error truly began. Although it is not always possible to know the thought process behind every medical error, it is worth posing this question along with the other standard inquiries.

Issues such as how clinical decisions are made, how they can lead to medical errors, and what can be done to prevent faulty decision-making have gained much attention in the medical literature of the past 15 years. The term cognitive autopsy appeared in the literature about a decade ago; it refers to the process of analyzing medical outcomes from the cognitive viewpoint. The practice of cognitive error analysis is another valuable weapon in the armamentarium of a patient safety program.

Some of the popular methods of medical error analysis include:

What is a Cognitive Autopsy?

How is a Cognitive Autopsy Performed?

This new tool of cognitive error analysis can be incorporated into an existing process such as a Morbidity and Mortality Conference, a Quality Assurance review, and Peer Review. You can participate in cognitive autopsies on cases involving other practitioners as long as there is enough detail and information available. Be sure to follow existing policies pertaining to confidentiality.

The following is a list of some of the more than 40 CDRs and ADRs that have been described; become familiar with and use this list as you perform cognitive autopsies.

In conclusion, a few quotes from baseball legend Yogi Berra that are germane to cognitive errors: