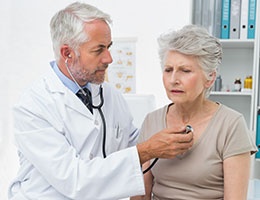 February is American Heart Month and an appropriate time to recognize the recent reduction in mortality rate from cardiovascular disease in women. The increased awareness of women and healthcare professionals has resulted in better care and is at least partially responsible for the lower death rate from heart disease seen over the past decade.

However, the battle against women’s heart disease is far from over. Awareness has improved, but the realities of heart disease in women remain underappreciated. The American Heart Association has just published the first Scientific Statement on Acute Myocardial Infarction in Women¹, which provides a “comprehensive review of the current evidence of the clinical presentation, pathophysiology, treatment, and outcomes of women with acute myocardial infarction.”

Nearly everyone would recognize the classic presentation of acute myocardial infarction (AMI), whether in a man or woman: crushing chest pain, radiation of pain to left arm, nausea, sweating, and shortness of breath. This “typical” presentation is dramatic, demands attention, and calls for action. Make no mistake, chest pain is the most common symptom of a heart attack in both men and women.

But how about the more subtle “atypical” symptoms such as pain that is not crushing but is described as sharp, burning or sore? How about pain in locations other than the chest such as upper back, arm, neck, jaw or upper abdomen? How about dyspnea, unusual fatigue or shortness of breath, dizziness, anxiety, generalized weakness, indigestion or palpitations? While these symptoms may seem little cause for alarm, they have all been proven to be “atypical” symptoms of AMI in women. Of particular note is that women who present with AMI but without chest pain have a higher risk of death. The majority of women (and clinicians?) do not know this, and research shows that women delay seeking treatment for AMI due to a host of factors, including lack of awareness.

Once they do present for treatment, women with AMI are more likely than men to be undertreated and underdiagnosed and have more complications, worse outcomes, and a higher mortality. Some of this disparity may be attributable to delayed presentation for care. However, some of the disparity may be due to a medical version of gender bias that includes under-recognition of atypical symptoms and under-appreciation of risk factors by practitioners. The AHA Scientific Statement calls for more and better research on heart disease in women, and outlines 10 priorities to improve outcomes in women with AMI, including increasing the awareness of women and healthcare providers alike of atypical symptoms and clinical presentations.

The 2016 AHA Scientific Statement provides convincing data that the diagnosis and treatment of women with ACS persist as a significant challenge in healthcare. Claims data from The Doctors Company confirms that the delayed and missed diagnosis of women with ACS also continues to be a source of malpractice litigation. The Doctors Company studied 41 closed claims from 2007 to 2013 involving the allegation of misdiagnosis of women with heart disease. Primary care physicians were most likely to be sued (50%), followed by cardiologists (22%) and emergency physicians (17%). Two of the key factors found to contribute to these claims included inadequate patient assessment and failure/delay in ordering a consult or referral. This is consistent with the theme of underdiagnosis and undertreatment highlighted in the AHA Statement.

The patient community, led by organizations such as the American Heart Association and its Go Red For Women campaign, has had an impact in increasing awareness and activism regarding heart disease in women. The medical community has also made strides in its awareness and treatment of women’s heart disease through research and evidence-based treatment. Together, however, the patient and medical communities have only run the first mile of a marathon together in their quest to conquer heart disease in women.

Every practitioner who provides healthcare to women needs to imprint in their mind not only the classic picture of a sweaty, nauseated, middle-aged man clutching his chest with an MI, but also that of a woman presenting with unusual fatigue or shortness of breath, unusual pain in the back/abdomen/arm/shoulder, anxiety, weakness, GI symptoms, dizziness, or other “atypical” symptoms.

Read more in this Case on Acute Ischemic Heart Disease in Women.

All of these concepts are covered in extensive detail in our online course: