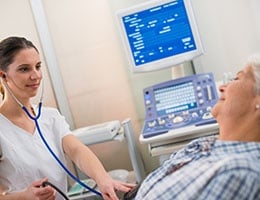 Triage is an essential part of any busy emergency department (ED), but one that is often taken for granted. While triage is not designed to determine the cause of the patient’s symptoms, it prioritizes the patient’s need to be seen by a provider. EDs often assume (possibly erroneously) that triage assessments are being performed correctly or that any errors in triage can be corrected when the medical screening is done. Both of these assumptions can lead to serious adverse patient events.

There are two potentially significant problems that a faulty triage process can introduce into the ED: (1) delays in screening critically ill or injured patients; or (2) starting the provider down an incorrect path during the screening. Unfortunately, as in many processes, latent errors can exist below the surface of the process and remain invisible unless one actually looks for them; also, most hospital EDs do not look for problems in triage.

The court denied the hospital’s motion to dismiss on the grounds that it could not say, as a matter of law, that a delay of 11½ hours before the screening was performed constituted an appropriate screening under EMTALA. This case also points to the issue that triage is often a “one and done” process; generally, no attention is paid to patients between triage and screening.

It is also possible that the triage assessment could start the provider down the wrong path. In Barkes v. River Park Hospital, Inc.,² the patient informed the paramedic in triage that he had pain in his left wrist after clearing brush on his property. His wife later testified that the patient also said that he was “sick at his stomach,” but the paramedic denied that he had received this information. Had the nurse practitioner who performed the screening or the physician with whom she collaborated been aware of this information, the NP might not have focused on a possible musculoskeletal injury and missed the myocardial infarction that resulted in the patient’s death. 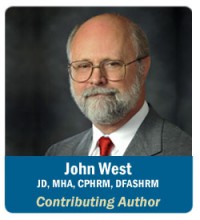 There are two primary ways to determine whether there is a problem in triage or with specific persons' triage competency. The first is to encourage providers and nurses in the treatment area to report as occurrences any adverse patient events (e.g., delays or misdiagnoses) that could be attributable to a faulty assessment in triage. This should not be focused on blame or discipline, but rather on a need for additional or remedial instruction and training.

The second is to periodically review a sample of patients who (1) went through triage and (2) were either admitted or transferred. If these patients were assessed as non-urgent in triage (e.g., a Level 4 or 5 on a 5-point scale), there may have been an issue with the triage assessment.

Triage is an area that is under-studied in most hospitals; this can lead to poor or a complete lack of recognition of issues until after a patient has been injured. Problems are not always obvious, and many problems may be lurking in processes that have not been studied.

Interested in Learning More about Hospital Triage for CE?

Read about our Triage Fundamentals Series.