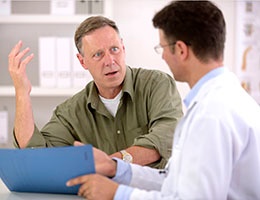 Workplace violence represents a serious health and safety concern for all employees, but healthcare workers in particular face significant risk. Health and social service industries account for 48% of all non-fatal injuries from occupational assaults and violent acts. In a recent study, one in ten nurses reported being physically assaulted in the past year, and five in ten nurses reported being threatened or verbally abused. In addition, workplace violence was rated third on the list of top safety concerns at work.

Clearly, healthcare workers must be aware of specific risks and suitable responses to violence in order to protect their well-being and maintain a safe working environment for all.

Within the healthcare setting, certain environments are more prone to workplace violence than others. Psychiatric units and emergency departments, for example, have the highest percentage of occurrence.

Psychiatric units account for the most assault cases in hospitals: 41% of all assaults in healthcare institutions. This reinforces the high rate of assaults reported by nurses, psychiatrists and other therapists in psychiatric units (46%-100%). Surveys of psychiatric residents found assault rates between 19% and 64%. Psychiatrists reported a 40% violent assault rate during their careers. Even more disconcerting is that 17% of psychiatric patients who are searched are carrying weapons. Mental health workers are clearly at a heightened risk of encountering workplace violence due to their exposure to unstable patients.

The incidence of violence in the ED has been reported as 11 incidents per site over a 5-year period. One study determined that 27% of the staff did not feel safe while working in the ED. 20% of these EDs reported that patients brought guns or knives into the premises on a daily or weekly basis. Nurses were less likely to feel safe than other staff. Another study reported that the highest frequency of assaults were in the ED (18%), medical units (13%), surgical units (8%) and pediatric units (7%); this study also indicated that 25% of trauma patients in EDs carry weapons.

Gang members, distraught relatives, drug users and social deviants also have a high rate of violent assaults. Because many high-risk violent patients are initially treated in the ED and patients and their companions are rarely screened for potential violence, the ED becomes a frequent site of aggression. Long, crowded waits often cause anger to escalate to rage.

Why Violence in Healthcare?

The healthcare facility represents a high-stress environment. Patients, family and employees respond to internal and external pressures in numerous ways, including with displaced anger. Fear, anxiety and temper may manifest as violent acts, both physical and psychological in nature. People commit violence in the healthcare setting for various reasons, including psychiatric illness, personality disorders, medical problems and general stress.

It is important that healthcare workers recognize specific risk factors in order to avoid or manage potentially violent situations. When staff members are aware of the external and internal threats, they are better able to comply with appropriate guidelines and policies that mitigate their risk.

While it is impossible to detect volatile patients with 100% surety, there are warning signs that can aid in their identification. Certain behaviors such as inappropriate laughter, extreme physical agitation, hitting walls or other items, and excessive sarcasm may signal an impending violent outburst. Also, some personality types are more likely to resort to violence when confronted by external and internal stressors. Recognizing these personality types and their stressors as well as the signs of imminent outbreak can help lessen or even prevent an event.

The following factors increase the risk for violence:

Understanding workplace violence in the healthcare setting is the first step in creating a safe environment for employees, patients and visitors.

Next in this series: Violence in the Workplace Part 2: Prevention and Intervention.

Review our course: Workplace Violence in the Healthcare Setting