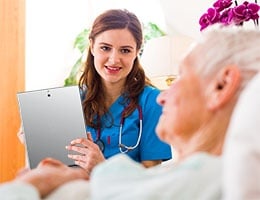 Acute ischemic stroke affects about 800,000 patients a year in the U.S.; 600,000 of these cases are a first stroke. Stroke is a leading cause of permanent cognitive and function-limiting disability, and it ranks fifth among all causes of death. Prompt recognition of an acute ischemic stroke is crucial, as studies show that the volume of irreversibly damaged brain tissue expands rapidly until reperfusion occurs. The American Heart Association guidelines call for rapidly recognizing a neurological deficit, ruling out the mimics of a stroke, and making the early diagnosis of stroke.

What, may you ask, is a stroke mimic? A stroke mimic is defined as a disease or condition that presents with a stroke-like clinical picture but without neurologic tissue infarction. Several clinical syndromes (listed below) can present with symptoms or signs that resemble an acute ischemic stroke. These mimics include processes that can occur within and outside the central nervous system (CNS). Distinguishing these non-cerebrovascular stroke mimics from stroke is increasingly important in this era of interventional stroke therapies with potential adverse effects.

Why Worry about Mimics?

Why should we be worried about stroke mimics? There are 2 reasons for concern. First, studies indicate that misdiagnosis of stroke — in other words, cases inappropriately labeled as stroke — ranges from 5% to 31% of patients; this can potentially lead to unnecessary and harmful treatments. One study reported a stroke mimic rate of almost 25%, while another study had a mimic rate of 17%, nearly all of whom received tPA.

The second reason to be concerned about mimics is that a significant number of these misdiagnosed patients are mistakenly treated with interventional stroke therapies such as a thrombolytic agent. The rate of treatment of stroke mimics with IV tPA ranges from 1.4% to 16.7%; these rates vary due to different definitions and diagnoses of stroke and stroke mimic. The vital question for the acute care physician is whether thrombolytics are harmful in the patient with a stroke mimic. The risk of symptomatic intracranial hemorrhage remains a real and potentially dangerous complication of IV tPA. A large study showed symptomatic intracranial hemorrhage rates of up to 1.0% in mimics treated with IV tPA. Although this is less than the approximate 6% hemorrhage rate in stroke patients receiving thrombolytics, it remains a significant and possibly avoidable cause of morbidity and mortality.

The diagnosis of stroke is not always straightforward. Differentiation between a stroke and a stroke mimic is difficult due to the wide variety of overlapping clinical presentations. The presence of historical risk factors for cerebrovascular disease and the abrupt onset of symptoms may be the best clues available to the acute care physician to make this distinction.

Several key elements may help differentiate the stroke mimic from an actual stroke; these include the nature of the presenting complaint, certain epidemiological factors, timing of onset, the presence of signs or symptoms from the anterior vs. posterior cerebral circulation, and the choice of imaging modality. The 2 factors most strongly predictive of a stroke mimic are younger age and the absence of stroke risk factors. On the other hand, the abrupt onset of symptoms and/or the presence of atrial fibrillation are features more suggestive of an actual stroke. Clinicians must look at the entire clinical picture since the research about stroke/mimic differentiators is inconsistent but ongoing.

Stroke mimics can be difficult to differentiate from an actual stroke; they make up 5% to 30% of cases initially diagnosed as a stroke. Stroke mimics treated with IV tPA have a 0.5% to 1.0% risk of symptomatic intracranial hemorrhage. The entire clinical picture, including history, physical exam, labs, and imaging must be taken into account when considering stroke vs. mimic. A review of the research and case presentations will help practitioners with 2 critical actions: differentiate a stroke mimic from an actual stroke, and provide the safest patient care.

This topic is covered more extensively in the following audio course available with CME: