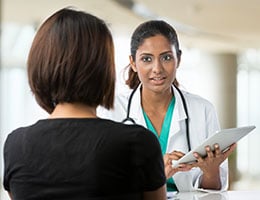 EMTALA violations can be a costly lesson for both healthcare providers and organizations. EMTALA is an acronym for the “Emergency Medical Treatment and Labor Act.” This statute was enacted in 1986 for the original purpose of preventing dumping – the practice of refusing service to patients in the emergency department for financial reasons. The final EMTALA statute now extends beyond this initial noble goal and prohibits discrimination against ED patients for any reason.

The EMTALA law defined a specific process with which hospital emergency departments must conform, or risk being found in violation. Briefly, the process includes the requirement to provide a medical screening examination (MSE) to determine if the patient has an emergency medical condition (EMC). If the patient is found to have an EMC, then he/she must be stabilized within the hospital’s capability, which may include hospitalization and surgery. The hospital ED also has the duty to transfer patients for whom they cannot provide needed services to a higher level of care as long as the benefits outweigh the risks. Finally, the statute requires a receiving hospital to report a known violation of EMTALA committed by the hospital that transferred the patient.

This process of screening, stabilization, appropriate transfer, and reporting is summarized here not as a substitute for a primer on EMTALA, but rather to provide a framework into which EMTALA infractions fit. EMTALA investigations generally originate with an allegation of failure to follow one or more mandated steps in the process. Despite the 33-year lifespan and wide publicity of the EMTALA statute, investigations and violations still occur and monetary penalties continue to be levied against both hospitals and physicians. In Part 1 of this EMTALA blog, I will highlight the results of studies of EMTALA investigations published from 2016 to 2018. In Part 2, I will illustrate the study results with case summaries from real and recent EMTALA settlements. Part 3 will address EMTALA requirements for on-call physicians. The findings of these studies and cases will hopefully serve as reminders that the aging EMTALA statute still demands understanding, respect and compliance. 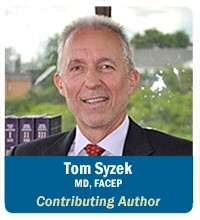 A 2016 review of EMTALA settlement agreements related to dumping from 2002 to 2015 by Zuabi et al. revealed the following findings:

The study authors listed the reasons for monetary settlements from the most to least common (totals exceed 100% since a settlement may have more than one allegation):

This study reviewed only those EMTALA violations resulting in payment of a monetary penalty. Another published summary of EMTALA enforcements from 2005 to 2014 by Terp et al. studied all EMTALA investigations, whether penalties were paid or not. It showed that there were 4,772 investigations that resulted in 2,118 citations. On average, 9% of U.S. hospitals were investigated and 4.3% were cited for EMTALA violation annually. The study noted that 12 hospitals were hit with the ultimate penalty of provider agreement termination by CMS, but also pointed out that such terminations have been rare since 2007. Nearly all hospitals cited for EMTALA violations were able to comply with corrective actions and avoid termination by CMS. More specific to the ED, the study found 3.9 EMTALA investigations and 1.7 citations per million ED visits. The report concluded that investigations and citations were common at the hospital level but were rare at the ED-visit level.

The authors of this OB-related EMTALA study emphasized that “emergency physicians and obstetricians may benefit from education regarding obligations to evaluate, stabilize, and when necessary arrange for appropriate transfer of pregnant minors with active labor or other obstetrical emergencies even absent parental consent.”

The authors of this psychiatric-related EMTALA study concluded that: “There is considerable room to improve access to and quality of care for patients with psychiatric emergencies.”

These published reviews serve as reminders that the challenge of EMTALA compliance is alive and well three decades after enactment of the original statute. Hospitals and healthcare professionals should continue efforts to educate themselves regarding the requirements of EMTALA and the potential ramifications of non-compliance.