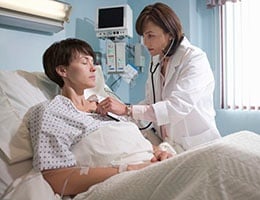 If you ask leadership at many hospital organizations to name their highest current quality priority, many will respond that it is sepsis. In recent years, medical researchers have identified that key interventions dramatically alter the course of sepsis. Key factors such as early identification, early administration of antibiotics, and appropriate fluid loading significantly reduce morbidity and mortality. Hospitals and organizations that have followed the evidence have consistently demonstrated significant improvements in patient outcomes.

That said, it is critical for organizations to recognize that the medical evidence is solid, implement treatment algorithms consistent with the evidence, and build a system solution to recognize sepsis early, resulting in early intervention. Creating the algorithm is relatively easy; the hard part is getting practitioners and systems in place to reliably recognize the indicators of sepsis and act upon them.

Sepsis is clearly in the spotlight. Since the evidence around management is so strong, when there is a delay or a failure to recognize in cases with adverse outcomes, patients suffer and litigation may follow.

There is a recent case in the news that underscores the critical importance of getting on the sepsis bandwagon and tightening up hospital systems for early identification and management. Just a week ago, the Star Tribune in the Twin Cities in Minnesota reported on a $20 million judgment in a malpractice case that involved a woman who died of sepsis after giving birth. The Sullivan Group did some investigating; we reached the plaintiff’s counsel, who shared enough information for us to be able to determine why sepsis was missed, leading to this patient’s death. These types of cases can be incredibly instructive to organizations attempting to create systems to avoid a delay or failure to diagnose sepsis.

According to the legal Complaint and Trial Brief, Nicole Bermingham gave birth to her first child on August 20, 2013. Labor lasted over 24 hours, and Mrs. Bermingham had severe vaginal and rectal tearing. Three days later, she began experiencing chills, nausea, worsening vaginal pain and fever. She measured her temperature; she had two elevated readings of 101.8°F (38.7°C) and 101.9°F (38.8°C). As an interesting aside, Mrs. Bermingham and her husband were both physician assistants. 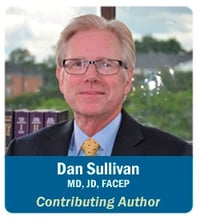 The following day, four days post-delivery, Mrs. Bermingham presented to the emergency department at 3:15 am and was seen by a nurse practitioner. She related her symptoms to the NP, including nausea, abdominal and back pain, and fever. On physical exam, the NP noted that Mrs. Bermingham was tachycardic, with a heart rate of 115 per minute.

There are additional facts forthcoming, but there is already enough data for discussion. According to the currently accepted literature, fever plus tachycardia equals systemic immune response syndrome (SIRS). Together with her abdominal pain complaint and a recent complicated delivery, the practitioner was obligated to consider the possibility of sepsis and begin working down an evidence-based algorithm. That would include ordering certain labs, including a serum lactate.

The NP did not consider sepsis and did not initiate a sepsis algorithm. And here is the key to this case: Why not? Think through this presentation. Sepsis had to be in the differential at this point, but the trial documents indicate that it was not. The NP diagnosed a urinary tract infection and discharged Mrs. Bermingham on Amoxicillin. Understanding the spotlight on recognition of early sepsis and the high priority placed upon recognition and intervention, why didn’t the NP consider sepsis? 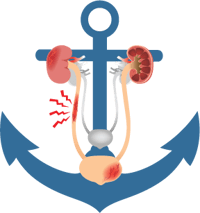 The answer? Heuristics — cognitive bias, anchoring and premature closure. The human factor strikes again. The trial documents indicate that the urinalysis did not show bacteria. It is not clear if there were white cells but we assume there must have been; we don’t have that information. But in the face of tachycardia, fever, and recent complicated delivery, the NP probably based on the presence of WBCs in the urine settled on the diagnosis of UTI. Even without symptoms such as frequency and dysuria, UTI presented itself as a possibility, and the NP anchored on that thought process and prematurely closed her decision-making.

Let’s assume for the sake of discussion that this NP is as qualified as any other and is a veteran emergency practitioner. Why does she miss possible sepsis? Humans exhibit bias, particularly in a busy, high-anxiety environment. It feels good and right to get the diagnosis and move to the next patient. In the twenty years TSG has been evaluating emergency medicine litigation, we have seen countless cases where highly qualified veteran physicians and advanced practice clinicians have fallen prey to the impact of deep bias affecting the human thought process.

And once bias has struck — once the practitioner has anchored — extraordinary things happen. In this case, the white blood cell count returned demonstrating an elevated white blood cell count with a left shift, or bandemia. The CBC also demonstrated that Mrs. Bermingham had a platelet count of 50,000, well below the normal range of 150,000 to 450,000. These facts are like hitting someone in the head with a baseball bat and screaming “Sepsis,” “Sepsis.”

Mrs. Bermingham was discharged to home on antibiotics. That same afternoon, she lost consciousness and collapsed and was taken back to the same emergency department. Upon arrival, the emergency physician promptly diagnosed sepsis and admitted Mrs. Bermingham to the hospital. Her condition deteriorated; the next day she underwent a total abdominal hysterectomy. However, her condition worsened; she went into multiple organ failure and septic shock, and died the next day. The source of her sepsis was endometritis.

The defense reportedly admitted negligence, but did litigate over damages. Damages were in excess of $20 million.

We have already discussed the likely cause of this failure to diagnose, that being the human condition! Knowing that is the case and armed with the knowledge that every single medical practitioner is prone to make the same type of error, what can we do to make an early diagnosis on patients like Mrs. Bermingham and perhaps save a life?

The following are a series of steps that organizations, hospitals and emergency departments can take to avoid these cognitive pitfalls. Rest assured, the answer is not pointing the finger at this NP. The key is creating systems that do not allow this type of error to occur — EVER! We need total clinical alignment around early recognition of sepsis. If that’s true, we must bring information technology together with the human mind to create system solutions that impact clinical decision-making in real time, during the patient visit.

It is unimaginable that medicine has not incorporated such life-saving decision support inside of health records, but that is the status quo with the large EHR systems in the U.S.

This is a tragic case. TSG utilizes this type of outcome in order to generate meaningful systemic change in the practice of medicine that could have saved Mrs. Bermingham and should save many, many lives in the future.