Confessions of an Antibiotic Abuser 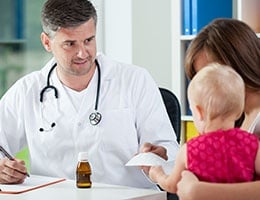 The discoverer of penicillin, Sir Alexander Fleming, warned many decades ago that the “public will demand [the drug and]…then will begin an era…of abuses.” His prophecy has been realized, and I readily confess that I am guilty. During my 37 years in family practice and emergency medicine, I admit that I prescribed antibiotics for viral and self-limited illnesses. There were times when I bowed to pressure from ill and desperate (but not desperately ill) patients or their parents who demanded a cure for an upper respiratory infection. At other times I was simply too tired to carefully explain, for the umpteenth time during long winter seasons of the “viral crud,” that antibiotics would not work. And yes, there were times when I simply wasn’t sure whether the patient’s condition was viral or bacterial without the benefit of culture results or polymerase chain reaction testing. I doubt that I was alone in my professional fatigue, pragmatism, ignorance or desire to placate patients.

As a physician, my motives were to help and heal, not to hurt or harm. So I said “yes” more often than I should have, whether motivated by expedience or influenced by the illusion that I was doing something good. Mind you, I had my boundaries. When I caved, I limited my antimicrobial weapons of choice to older, generic, cheaper, and hopefully safer bug killers. I did not resort to latest-generation cephalosporins, unpronounceable fluoroquinolones, or anything in the Gorillacillin family; somehow I knew those choices were at the least too expensive, if not an outright bad idea.

Just like any bacterium might do when swimming in a soup of –cidal or –static drugs, my behavior mutated and adapted. With each passing year, the warnings about antibiotic-resistant conditions and the dangers of antibiotic misuse have become louder and louder.

“That ruckus is now a roar, fed by proof and impossible to ignore.

If ignorance was ever an excuse for antibiotic misuse,

that reason must be banished forevermore.”

Over the years, my knowledge, courage and patience grew, and I said “no” more often when antibiotics were not indicated. At first, my repeated explanations about the role of antibiotics were greeted with disbelief and dissatisfaction. Over the past decade, however, I have encountered an increasing number of savvy patients who understand that antibiotic therapy is inappropriate or unnecessary in 30% to 50% of cases in which they are prescribed. Public education initiatives are having a positive effect.

Consider some of the facts we now know about antibiotic abuse and misuse and resistant infections.

Healthcare-Associated Infections(HAIs): An Issue of Quality and Safety

The issues of antibiotic misuse and resistant infections are not limited to the outpatient arena where overprescribing for viral and self-limited infections is common. The consequences are particularly serious in healthcare institutions such as hospitals and long-term care facilities.

There are many resources (such as the CDC) and guidelines available that elaborate on the following recommendations:

For generations, antibiotics have been and continue to be some of the best weapons we possess in the battle to reduce suffering, extend longevity, and save lives. In order to prevent these weapons from turning against us and doing more harm than good, we have to get smarter faster than our bacterial enemies can adapt and mutate. Let us join our patients and healthcare colleagues in doing all that we can to stop the spread of infections and antibiotic resistance.