Malpractice Claims or Medical Errors: Which One is the Real Target? 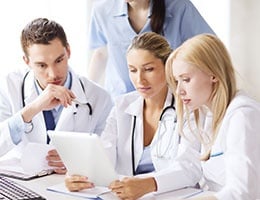 Is there a reliable way to predict which physician will be sued for malpractice? Researchers, insurers and healthcare professionals have wrestled with this question for decades.

A recent study in the New England Journal of Medicine and a follow-up response by the Physician Insurers Association of America (PIAA) provide more data points, but admittedly do not answer the question definitively. Perhaps they are trying to answer the wrong question.

An NEJM study of paid claims reported to the National Practitioner Data Bank (NPDB) concluded that about 1% of all physicians accounted for 32% of paid claims and that the risk of future claims rises with the number of previous claims. The study also found that surgeons (neuro, ortho, general, and plastic) and obstetrician-gynecologists were more likely to have recurrent claims than internal medicine physicians, psychiatrists, and pediatricians. In addition, male physicians were at higher risk for recurrent claims than female physicians.

The NPDB allows exclusions to reporting paid claims, including: the physician pays out of pocket; the claim demand is verbal rather than written; a corporate entity makes the payment but does identify the individual practitioner; the individual physician is dismissed before any indemnity payment is made; or a payment is made in a high-low agreement without the finding of fault. The number of paid claims that are not reported to the NPDB is unknown, but this number would likely alter the study’s results to some degree.

The PIAA responded to the NEJM study; they commented that the study findings were not conclusive and did not reveal anything new. Additional comments included:

There are indeed many variables involved in the filing of a malpractice suit. The common denominator is an adverse patient outcome, on top of which are layered patient factors, physician factors and system factors.

Back to the original question: Is there a reliable way to predict which physician will be sued for malpractice? The short answer is no, but I would contend this is the wrong question.

Predicting lawsuits will not in itself result in better quality and safety. The variables associated with suits are numerous and still not completely known.

The current malpractice system is beyond the control of physicians and patients. The goal should be not be simply to predict or prevent suits, but to prevent errors and improve quality. The reduction of lawsuits is a poor surrogate endpoint of healthcare quality and safety.

So I contend that the better question is this: How can healthcare providers, patients, and insurers work together to prevent medical errors and improve the quality and safety of healthcare?

The NEJM study concludes with this statement: “If reliable prediction [for who is at high risk for further claims] proves to be feasible, our hope is that liability insurers and health care organizations would use the information constructively, by collaborating on interventions to address risks posed by claim-prone physicians (e.g., peer counseling, training, and supervision). It could present an exciting opportunity for the liability and risk-management enterprises to join the mainstream of efforts to improve quality.”

This conclusion is close but misses the mark. Using the mountains of available claims data and evidence-based medicine, liability insurers and healthcare organizations are already collaborating to share information about medical errors.

We already know enough about the roles of communication and diagnostic and cognitive errors to develop and implement effective programs to improve patient safety. The measurable outcomes should include behaviors changed, errors prevented, quality improved, and lives saved. The lawsuit metric will surely follow.