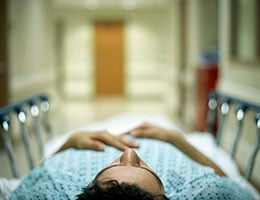 END_OF_DOCUMENT_TOKEN_TO_BE_REPLACED

How to Obtain Clinician Support 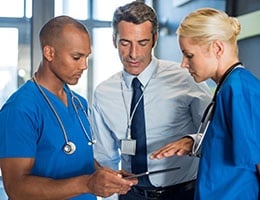 Once you have allocated resources toward your performance improvement initiative, the next best practice in initiative implementation involves getting your clinicians to support it.

Engaging clinicians early in any initiative is crucial to success. If they decide against participating in the program, morale can suffer. Conversely, clinicians who embrace the program have testified to its worth in improving their practice, saving patient lives and enhancing morale.

END_OF_DOCUMENT_TOKEN_TO_BE_REPLACED

On the journey to improve the quality of patient care, initiatives to enhance clinical performance are necessary. Nevertheless, they can seem to be a daunting task; in fact, these initiatives require several well-orchestrated steps to ensure the program reaches its full impact potential.

Over the past decade, The Sullivan Group has partnered with some of the largest health systems in the country to successfully implement clinical performance improvement programs proven to change clinical practice. While every organization is unique, we have developed a system of best practices for initiative implementation.

END_OF_DOCUMENT_TOKEN_TO_BE_REPLACED

CASE: Refusal of Care Based Upon Religious Beliefs

In today’s case presentation, we will navigate the difficult waters of patient refusal of life-saving care based upon religious beliefs. In this actual case, a woman’s life hung the balance. There was little time for formal mental status evaluation or communication with legal counsel or a local judge.

It was around 8:30 pm during a busy shift in the Cook County Emergency Department. A young woman had been rolled into the department with low blood pressure.

END_OF_DOCUMENT_TOKEN_TO_BE_REPLACED

CASE: Suicide in the Emergency Department 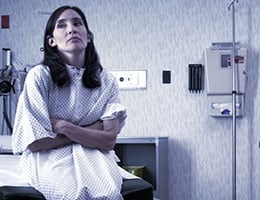 Providing care to psychiatric patients in the emergency department is a challenge for many reasons.

For the ED, however, the greatest risk and safety issue related to behavioral health is the appropriate evaluation and protection of the suicidal patient in the ED. We present 2 case studies to illuminate the uncommon but preventable catastrophe of suicide in the ED.

END_OF_DOCUMENT_TOKEN_TO_BE_REPLACED 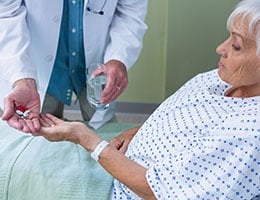 Clinicians issue tens of millions of warfarin prescriptions each year in the U.S., despite the increasing use of alternative anticoagulant medications. Practitioners will continue to encounter warfarin, known both for its irreplaceable value and potential for life-threatening complications. Due to the propensity for permanent disability and death from hemorrhagic complications, litigation is common and costly. Knowledge of the pharmacology, indications, monitoring, drug interactions and complications of warfarin is an essential tool to avoid patient harm, medical errors, and the medical-legal vulnerabilities associated with its use.

END_OF_DOCUMENT_TOKEN_TO_BE_REPLACED 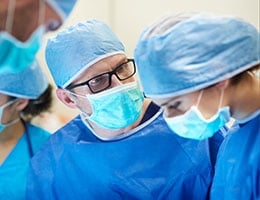 Surgery Is a Team Sport

As a Vascular Surgeon, I have had the honor and privilege of serving not only as an Attending Surgeon, but as a Division Chief, Professor of Surgery, Surgical Residency Director and Chairman of Surgery. One’s perspective on incivility in the operating room (OR) depends on one’s position and responsibility. I was trained during a period of time when bombastic behavior by the senior surgeon was accepted, sometimes expected, and always legendary. Shall I admit to being a reformed sinner? Shouldn’t we all, in one way or another? My mantra to the residents, the attending staff, the OR staff (and anyone else who will listen) has always been that “surgery is a team sport.” When the team functions well, the patient does well.

END_OF_DOCUMENT_TOKEN_TO_BE_REPLACED 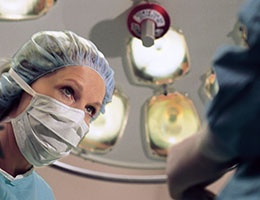 Many would contend that we currently live in a polarized society in the United States. Whether the issue is the environment, healthcare, taxes, religion, economic theory, immigration, globalization or politics, interaction between competing philosophies is often characterized by animosity, accusations, verbal abuse, and even physical harm. Make no mistake — this has been going on since the Garden of Eden (Ask Cain; better yet, ask Abel!). The impact on society is rarely, if ever, beneficial.

END_OF_DOCUMENT_TOKEN_TO_BE_REPLACED 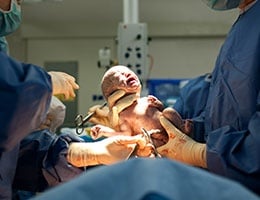 What is especially upsetting is that you remember that delivery, how quickly everything happened, and how well you performed in the heat of the moment to save that baby's life. You did your best, but the result was still a brachial plexus injury.

END_OF_DOCUMENT_TOKEN_TO_BE_REPLACED 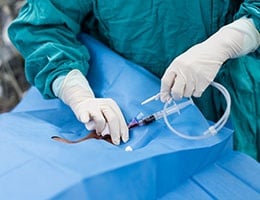 The CDC defines a Central Line-Associated Bloodstream Infection as: “A laboratory-confirmed bloodstream infection (LCBI) where central line (CL) or umbilical catheter (UC) was in place for more than 2 calendar days on the date of event, with day of device placement being Day 1 and the line was in place on the date of event or the day before.” In other words, the patient must have had the device in place for at least 2 days and the diagnosis must be made while the device is still indwelling or was indwelling on the day before.

END_OF_DOCUMENT_TOKEN_TO_BE_REPLACED
Previous All posts Next