What is especially upsetting is that you remember that delivery, how quickly everything happened, and how well you performed in the heat of the moment to save that baby's life. You did your best, but the result was still a brachial plexus injury.

However, given the state of medical liability in the United States, deep down inside you had been expecting this lawyer's letter for some time.

What claims are generally made against physicians in cases of brachial plexus injury following shoulder dystocia deliveries?

Claim #1:  The doctor should have predicted that a shoulder dystocia would occur.

Except in the case of a previous shoulder dystocia, it is generally acknowledged by obstetric experts that shoulder dystocia is an unpredictable, hence unpreventable, occurrence. There is a wide range of literature to support this contention. Moreover, the only reasonable option to prevent a suspected shoulder dystocia is prophylactic cesarean section. The "number needed to treat" to prevent one permanent brachial plexus injury is prohibitively high.

Still, one cannot ignore genuine risk factors. A history of a previous shoulder dystocia is considered by many to be an indication for elective cesarean section. When macrosomia is suspected and/or a mother has diabetes, a careful assessment must be made as the patient nears term as to how delivery should best be conducted. If labor is elected, as it most often will be, the course of labor must be carefully monitored to rule out cephalopelvic disproportion. One must also carefully document the reasons for an instrumental delivery to show that consideration was given to the possibility of a shoulder dystocia occurring.

Claim #2:  The mother should have been informed of the risk of shoulder dystocia and possible fetal injury. Had this been done, the mother would certainly have elected to have a cesarean section.

Whether this claim is true or not, it is the obligation of a physician in any medical situation to discuss the possibility of significant risks that have a reasonable chance of occurring. "Reasonable" in this context is usually quantified as being a rate of occurrence of 1% or greater.

Since the risk of permanent brachial plexus injury ranges from one in 10,000 in the general population to one in 440 in the highest risk cases, there is no medical or statistical data to support a claim that the possibility of shoulder dystocia should be discussed with every patient with any risk factor. It depends on what the risk factor(s) is and the magnitude of that risk in the individual patient. For instance, most obstetricians would feel obliged to at least discuss the risk of shoulder dystocia in a patient who had gestational diabetes and whose baby was estimated to be over 4,500 g. They would most likely not feel it was necessary to do so if the patient's only risk factor were a large weight gain when an ultrasound at 38 weeks estimated fetal weight at 3,300 g.

Claim #3:  The fact that the baby has a permanent brachial plexus injury is proof that the doctor must have pulled excessively while trying to resolve the shoulder dystocia.

There is no published data whatsoever to demonstrate that this is the only possible cause of a brachial plexus injury during a shoulder dystocia delivery. Evidence actually confirms the opposite − that there are several different mechanisms by which such injuries can and do occur that are unrelated to physician traction.

The difficulty here generally lies less in what the physician actually did at delivery than in the documentation of those events. Yes, one must know the right sequence of procedures to perform, execute them correctly, and limit the force applied to appropriate traction at the appropriate time. But performing all of this good obstetrics will still leave you in a difficult position to defend yourself in a lawsuit if you do not carefully document your actions. Fair or not, what is written in the chart is the most reliable defense you will have years down the road if claims of malpractice are made against you.

What Should You Do after a Shoulder Dystocia Delivery? 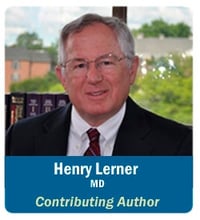 In the vast majority of shoulder dystocia medical-legal cases, outcomes ultimately hinge upon what has or has not been written in the medical record. Many brachial plexus injury cases where the shoulder dystocia was handled flawlessly have proven to be indefensible in court because of a lack of appropriate documentation.

The following is a list of what should be documented in the medical record of all prenatal patients and following any shoulder dystocia delivery, especially where there is injury to the baby.

Be careful about making random notes in the chart such as "suspect macrosomia" or "large baby" that are not followed by further evaluation of fetal weight and a documented discussion about the risk of shoulder dystocia.

Labor and Delivery:  Documentation of the Exact Timing of Events

The following are some important general points from the ACOG checklist; be sure to document:

Experience has shown that the best defense against claims of malpractice, whether they involve shoulder dystocia or any other complication, is the thoughtful, articulate and timely documentation of the events that transpired, of each decision made in the course of treatment, and of the rationale for that treatment.

It is also important that the nurse and delivering practitioner not contradict each other in their documentation. The presence of contradictions or discrepancies in the medical record can lead to disastrous finger-pointing in the event of litigation.

Don't rely on an independent recollection of events because it might not sway a jury. Instead, be proactive and meticulously document the high level of care that most certainly was given to your patient.

Finally, while documentation is your greatest asset, there are two very important considerations when planning your defense in a shoulder dystocia malpractice claim.

Your best defense against a malpractice claim is not only to accurately document, but also to have a caring, professional and respectful demeanor with each patient and family.